The community of San Leolino in Panzano in Chianti, near Villa le Barone, has published a booklet which contains various accounts of the last months of World War II in Chianti, based on  documents saved in the Episcopal archives of Fiesole.

Maurizio Carnasciali, author of numerous books on the history of Chianti, writes in this booklet: “After September 8, 1943, the date of the armistice with the Anglo-Americans, it looked like that war was really over for Italy. Sadly, this was not the case….  After the Allied landings in Sicily of July 10, 1943, the front moved during the nine months following the armistice to arrive in Tuscany in the early days of July 1944; Rome was liberated on June 4, Siena on July 14, and Florence  on August 11. Between the beginning of June and the month of August war also took place in the hills of Chianti, where German soldiers strategically stood to delay the advance of Allied troops.

Ecclesiastical archives, especially the archives of the Bishop of Fiesole, have preserved many documents about the events which took place in Chianti between June and July 1944.
According to these records, there were, in 19 of the 52 Chianti parishes,  34 dead, 137 prisoners, 19 buildings destroyed and 412 badly damaged. In addition, livestock was confiscated  and many crops were completely destroyed because of the passage of the troops.

The documents stored in the bishopric of Fiesole include a series of letters sent by the priests of the diocese, at the request of the Curia, to Bishop Giovanni Giorgis, immediately after the passage of the front. The booklet published by the community of San Leolino reproduces the texts from four parishes, including one sent by the priest of San Leolino, a beautiful church that can be admired from the gardens Villa le Barone. 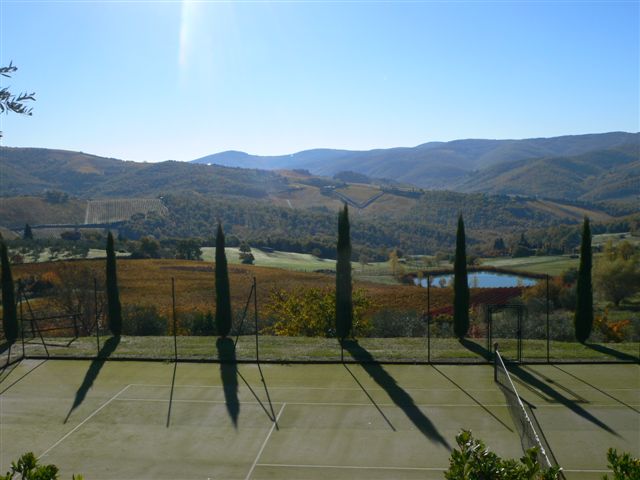 Sports and fitness at a hotel with tennis in Chianti

If you are looking for relaxation as well as for sport and fitness during your holidays, you will find them all at Villa Le Barone, a unique charming boutique hotel with a private tennis in Chianti. The comfort of a 4 star luxury hotel surrounded by nature and countryside together with the opportunity to enjoy the cuisine and the wines of Chianti will certainly add to the pleasure a holiday dedicated to sport. For those who like tennis there is the opportunity to enjoy your favorite sport on the hotel’s premises. These are some of the many reasons to choose Villa Le Barone, a charming boutique hotel with tennis in Chianti.

The comfort of a hotel with tennis in Chianti, in the heart of Tuscany

Villa Le Barone offers you the possibility to relax, to practice various sports, but also to enjoy the cuisine and wines you are looking for holidays in Tuscany.  You will find all this in a 4 star hotel with tennis in Chianti, surrounded by nature, the perfect place for a wonderful holiday. Choose the comfort of a hotel with tennis in Chianti! You will appreciate also the swimming pool of Villa Le Barone and the many other possibilities to practice sports, such as hiking, walking, cycling , and fitness trail!

Enjoy your holidays at a hotel with tennis in Chianti and book now your stay at Villa Le Barone! 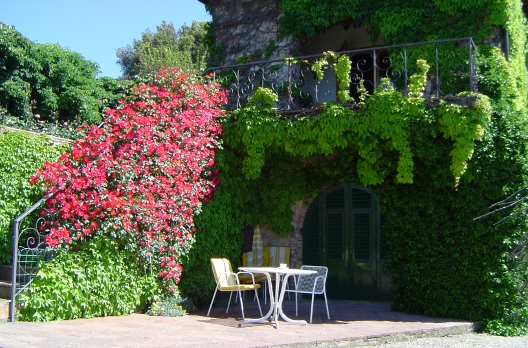 Spring in Chianti: rediscover the pleasure of contact with nature. As winter ends, the desire comes to go out, to smell the scent of flowers and to feel the benefits of the first rays of spring sun.

Spring in Chianti – Holiday in Tuscany

Villa Le Barone is an historic mansion situated in the hills of Tuscany; it is the ideal location to witness nature blooming and to admire  the wonders of nature in spring time.
The villa is surrounded by a large park, rich in Mediterranean vegetation. In spring, one desires outdoor activities, fully enjoying nature. Villa Le Barone is perfect for relaxing in front of the magnificent Tuscan landscapes, but at the same time it offers many opportunities to exercise and practice sports: tennis, table tennis, walking and hiking, cycling, swimming, using the fitness equipment…. Golf enthusiasts can enjoy their favorite sport at nearby.Golf Ugolino
For the more creative, painting and watercolor  courses can be organized, drawing inspiration from the spring  landscapes.

To experience  spring in Chianti, Villa Le Barone offers a special package that should not be missed and includes:
– Bottle of sparkling Prosecco wine and fresh flowers in room
– Rich breakfast buffet
– 4-course dinners with typical Tuscan dishes
– 2 free tickets to visit the Uffizi or the Pitti Palace and Boboli and Bardini Gardens in Florence
– for a 4 nights stay, a dinner at the famous restaurant Solociccia

Spring in Chianti: Book now your holiday from April 15 to June 21

Villa Le Barone is waiting for you to make your stay comfortable and pleasant  during one of the best times of the year.
Reserve your stay, not to miss  the beautiful spring in Chianti.